Here's an excellent example of point and counterpoint, and the critical sense, in argument. Read the two articles:

In the first article, the writer argues that there are hardly any cases of ADHD in France and that this is because of better traditional parenting values. The argument seems pretty strong, and pretty convincing.

In the second, the expert professional opinion seems to run counter to the strong implication (of the first article) that there is "no ADHD problem" in France, and states that French parenting can mitigate the symptoms of ADHD in an ideal case, but may cause other problems if the ADHD is related to a pathology that should be pharmacologically treated.

Both of these articles impressed me for their focus, clarity and simplicity. Both, also, ring all my critical alarm bells.

The first one is a fundamental non-sequitur. It appears to take as a first premise that there is a massive ADHD problem in the USA and that it is treated almost exclusively with drugs. But the real first premise of the article is not revealed until later, and it is this: there is a massive parenting crisis in the USA at the moment, increasing numbers of kids with ADHD is one of the symptoms, and medication is not (necessarily) the solution.

I know a few people in education, healthcare and other less closely related professions in the USA, and I don't think any of them would disagree that there is a parenting crisis in the USA right now. This is how the article works:

You agree that there is a parenting crisis. The comparison with rates of ADHD suggests that there is no such crisis in France, where parenting is different. The article doesn't merely gloss over the possibility that MANY cases of ADHD may be triggered by environmental factors other than parenting - it strongly implies that bad parenting is either a cause, or a reason for kids not getting over their ADHD. So what the writer is doing is using the simplistic, purely pharmacological treatment approach to a complex and not fully understood medical condition as a way of making the point that in USA families, kids don't have clear boundaries, and this makes them ill at ease and leads to other problems. In short, the writer is using the suggested ineffectiveness of a pharmacological treatment as a means to make a point about parenting technique. Non-sequitur.

The second article rebuts this nicely, and shows what is absolutely true in my personal experience, that when the French systems works as intended (it does this maybe 50% of the time), most psychiatric treatments, and almost all applied to children and adolescents, take a holistic approach, and this approach vastly increases the child's sense of security, particularly in the sense of security it gives to parents. (Parents feel like they are getting help, support and understanding in the problems they have with their children. This makes them parents less anxious, which is immediately transferred to the child whose behaviour always improves as a result. The flip side of French parenting is that French parents are desperately insecure and dependent, and have a very hard time teaching their children to be independent, and teaching their children to deal with change.)

The second article, however, triggers my critical sense alarm through a rather more conventional means. The expert in question is a French specialist (giving him authority to talk about French treatments) but who has gone to work in the USA (giving him authority to draw comparisons - that may, and probably are, perfectly valid). But one has to ask why he has gone to the US. Is it to evangelize about French parenting? Obviously not since he points out the flaws in the previous article.

Is it to evangelize about French treatment methods? This is where I get off his side. In France, the full range of psychiatric therapy is available for free to absolutely everyone. Yes, I really did just say the full range, free, absolutely everyone. It is provided through a family oriented, and carefully coordinated structure called the Centres Medico-Psychologique. I have used this first hand for family therapy but they also deal with developmental problems, delinquency, educational and social problems, support to teenage mothers, stress relief... you name it. Holistic is a big word, and the CMPs take the word seriously; they see treatment as going beyond personal therapy sessions and going right into all parts of society. I can get seriously evangelical about it because when the system works well over here, it trumps everything else.

So why do I break with the expert here? Because if he was passionate about the right treatment, he would not have left a country where he can give that treatment to anyone, to go to a country where it is only available to a privileged few, and where the members of society who are most likely to need it are the ones who are least likely to have access to it, HOWEVER a practitioner can become very rich.

A lot of the critical sense is about cynicism. But you have to use cynicism as a trigger, as a means of teasing out the information that needs to be challenged. So I have my cynical reaction to the presence of this expert, but then I re-evaluate my cynicism in the context of what he says. As it turns out he is very measured and even handed in what he says: there is a problem, it is recognized by the healthcare profession, families and patients are starting to come to an understanding of it in France. In particular, he addresses ADHD and parenting separately, and addresses the possible connexions between them with a certain professional detachment.

From what I see living here, there is a parenting crisis in France as well. However it takes the form of the steady development of a two class system: those who stick far too rigidly to the traditional Freudian parenting so popular in France in the twentieth century, and those whose ideal of ideal children is the ones who are quiet and motionless in front of their games consoles. Neither of these is anywhere near anything I could understand as good parenting.

(Personally I espouse cautious and vigilant muddling through. I apply rules and boundaries as a reflex response to new situations which gives me time to reflect on a more flexible and well adapted response later on. I go to considerable trouble to explain to people the fundamental difference between "yes" and "no" (read carefully, this is really important to the plot of your kitchen-sink drama:), which is that contrary to people's "instinctive" understanding, "yes" is absolute while "no" is temporary and relative.)

I think that schoolchildren should be taught to read critically in the same way that they are taught to read. Sadly, our big governments are full of people who didn't understand the education they got, and are busy destroying it for the future. And don't believe what you're told; this is as true in France and Germany as it is in the USA and the UK.
Posted by Unknown at 13:18 No comments:

I've been keeping busy over the last couple of months, and have recently finished working on a short story for Colin Taber that adds some background and colour to his alternate history series The United States of Vinland. A short story is a chance both to have some fun with the setting and its consequences, and build the world, while also learning about a different literary form. I'm really looking forward to the second book of the series.

I've also been working with Darren and Marcus Wearmouth on their debut novel, a post apocalyptic survival thriller with some curious and satisfying parallels in the overall style and structure with the genre-defining  DOTT - that I was then amazed to discover Darren hadn't read. At the moment, I think "the British Squaddie's guide to surviving the apocalypse". The book is called "First Activation" and is going to be published this summer.

Finally, I actually met one of my authors in person. On Monday, Jarmila Zaricka came to see me here in the middle of nowhere, since she lives in Paris which is (nonetheless) three hours away. Working face to face has a great deal of extra value, and we did some fascinating work on the value of symbolism, and how to work it into a story. Jarmila's book is the one that I summarized in the title as "euro-lit self-realization" but that's rather a soundbite oversimplification of a work that belongs in several traditions, whose author is multilingual and has a mix of cultures including Czech, Australian, French and Italian. I suspect it's going to be a gem.
Posted by Unknown at 11:26 No comments: 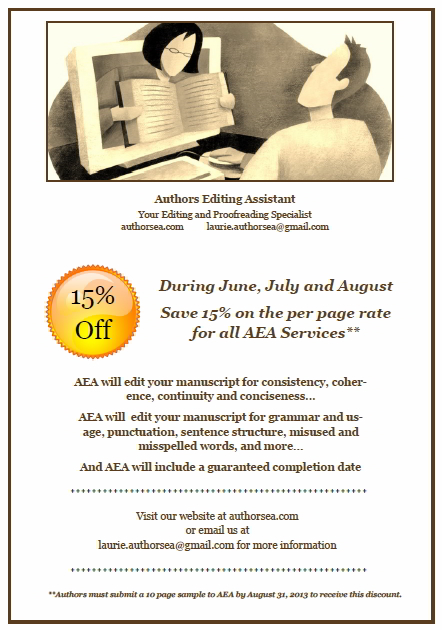