How to write descriptions of characters

If the tone of this post is not in keeping with my usual stuff, then it's because I originally wrote this as an attempt at a wikiHow. My attempt was, I think, a little too wordy to satisfy the sensibly rigorous simplicity requirement of wikiHow, but I wrote it because the original how was, in my NVHO, completely wrong.

All writers and readers realize the importance of writing strong descriptions of characters and settings. To a reader, a vivid description seems well-imagined, and helps to picture either a person or a place. It may at first seem counter-intuitive, but what you expect to be a good description is all too often the opposite.

Readers do not usually "picture" a character when they are reading; they don't imagine all the visual details of the person. They get a vaguer, more general "feel" for what the character looks like. Even when the character has an important physical attribute like being very tall, or very blond, or wearing round spectacles, the reader often won't imagine the character like that.

3. Does the character have any defining physical characteristics. "Defining" is a term to be applied with discipline in writing fiction. If, at a key moment in the story, the character has to reach up for an object on a high shelf, to give it to someone who could not reach it, then his height is a defining characteristic. If he is going to be mocked for his handlebar moustache, then his moustache is a defining characteristic. Any physical feature that does not feature in the plot or events of the story is not defining, and need not be defined.


5. If you want the character to have a particular physical trait, then try to come up with a reason for it that is either defining or symbolic. If you can't, then keep the detail to yourself.


6. When you come to write your story, when you introduce the character, you will need to "establish" him. Establishment is giving the reader a firm and recognizable picture of the character, so that next time the character appears you will not have to remind the reader of who he is. You should always try to do this with as little detail as possible. Select a defining and or a symbolic physical characteristic. Select a couple of defining personality traits, and use only those.


7. Try to refer to characteristics and traits obliquely or indirectly:

John was tall and thin, and wore his tee tucked tightly into his pants. He was always fastidiously neat.

John's tight blue tee was stretched down his long, lean torso, and tucked fastidiously into his freshly pressed pants, whose knife-edge crease sharpened his long, thin legs all the way down to his sensible oxfords

8. Say what the character is doing when you introduce him, and use that as a way to tell the reader about his personality:

John was the anxious sort; he was always worried about trivial things.

John stood on tiptoes, just back from the curb, trying to hail a cab with one hand and keep his umbrella over him with the other, all the time watching for the next car that might pass to close and splash dirt over his clean chinos.

9. Once you've got your character established, you can add more details about him at your leisure - you don't have to tell the reader everything right away. Just like getting to know a real person, let the reader find out more over time.


10. Characters need to develop. This means that their personality can evolve and change in response to what happens in the story. This can affect their physical appearance (in which case the change may be both defining and symbolic). Think of how the events in the story might affect the character. Perhaps by the end, John will be less obsessed with the neatness of his clothes. 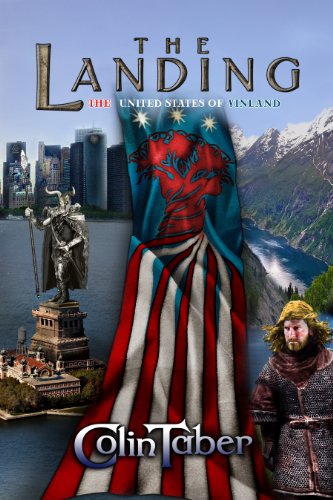 Hard alternate history from Colin this time, as the United States is founded not by Christian fundamentalists but by Vikings! This first book recounts the landing and first settlement as a few survivors of a Viking shipwreck struggle to tame the wilderness.
Posted by Unknown at 18:20 No comments:

Jerry Ballarotto has released his new book, Worthy of Trust and Confidence

This is a book that delivers on its promise, while keeping you guessing. Jerry has an eye for detail, and an appreciation of people, that sometimes catches you out. I don't really want to say too much about it because I don't want to spoil the pleasure of discovery for the reader, so I'm going to keep to a very generic observation that comes from my rather particular world view:

This is an old school spies 'n' gangsters period thriller, and if you love the 1960's Bond, you'll enjoy it. What sets it apart for me is that unlike Bond, Jerry is not a "misogynist dinosaur". He's an insider who is also an outsider, and his observation of people is intimate and detailed, but non-judgemental. Even the Big Bad comes across as (almost uniquely for this particular Big Bad in this particular genre) human.

I also ought to shout out loud for Laurie Skemp who copy edited this book. Jerry has a strong and distinctive style, and her careful and attentive work really makes it sing. 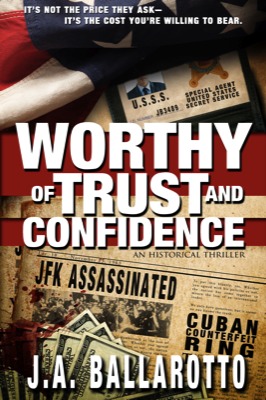