What's wrong with "thoughts in italics."

Although I'm starting out with some (I hope) helpful guidelines to avoid the common pitfalls of direct speech, this is a post about the problems of direct thought.

DST is a  note that almost all my authors get, though some more often than others. It is short for:

The remedy for a lack of paragraph breaks is fairly simple. There is a rule, and a guideline.

The rule is that direct speech said by different people must be separated by a paragraph break.

"You're always so mysterious Poirot!"

The guideline is that a paragraph that includes both direct speech and narration should be mostly direct speech.

"Do, please, take a seat." Poirot fussed with the ornaments on his desk, aligning them carefully with the edges. "Now you must tell me everything you know. It is of the utmost importance. You can be honest with Papa Poirot."

I used this example because it includes a false tag. A true speech tag states who spoke. It can also provide a modifier to the speech - provided the modifier alters the effect of the statement.

"Won't you come in?" said Doily-Carte with a flourish.

"Won't you come in?" asked Rabbit politely, hoping that he wouldn't.

Redundant tags come in two flavours: tags where they are not needed ...

... and where they describe what is obvious from the speech itself:

"I assure you it is," he countered.

False tags imply, rather than state, who spoke, by their association with the speech in the same paragraph. They are a good device UNLESS you are using them to avoid hesaidshesaid. If you use false tags constantly they soon become wearing, obvious and distracting. "Said" will never do this to you.

There is a current and painfully lazy convention that you can convey what a character is feeling by giving his thoughts as if they are speech. The most common way to do this is to write the thoughts using the syntax of speech, but put them in italics. Personally I can't believe anyone gets away with it. But I have to do this post as if I'm providing some sort of convincing argument.

The problem with direct thought is that it's nothing like thought.

Thought is not just words going through your head as if you were speaking to yourself. Thought often doesn't have words at all. Thought includes motivation, desire, anxiety; state of mind. The intimacy of thought is broken by presenting thoughts as if they were speech. Instead of giving the reader a unique insight into the mind of a character, direct thoughts give the reader the impression that the character is talking to them.

Here's what my "Editorial Notes for All" document (that I give to all my writers) has to say about indirect thought:

Jim and Barbara followed on behind. As Greg stomped on in front he briefly considered telling them how he felt. But he couldn't help thinking that it would only cause complications. Complications that they could well do without right now.
Indirect thought is a lot more intimate than direct. Even though you may sometimes feel that giving direct thoughts is a direct means of communicating, there is a limit to how much you can communicate. In the above example, 'briefly considered' indicates not only that thinking is going on, but the type of thinking. And it has the benefit that it could be verbal or non-verbal. 'He couldn't help thinking' telegraphs the fact that this is indirect thought, but also shows that there is more to thought than just assembling words; the purpose of thought is NOT communication, but consideration.
Indirect thought both reflects and reveals a character's internal workings in a way that direct thought cannot.
The key phrase in here is this: the purpose of thought is not communication but consideration. When you present thoughts as if they were just another sort of speech, you are selling your character (and your own imagination) short. You are impoverishing the experience for the reader by depriving them of a whole dimension of the character.

I turned this up while looking for an old manuscript (more about that another time).

I was given this at prep school, so some time in the 1980s, and I've kept it preciously. I think it's pretty good (where it's legible). 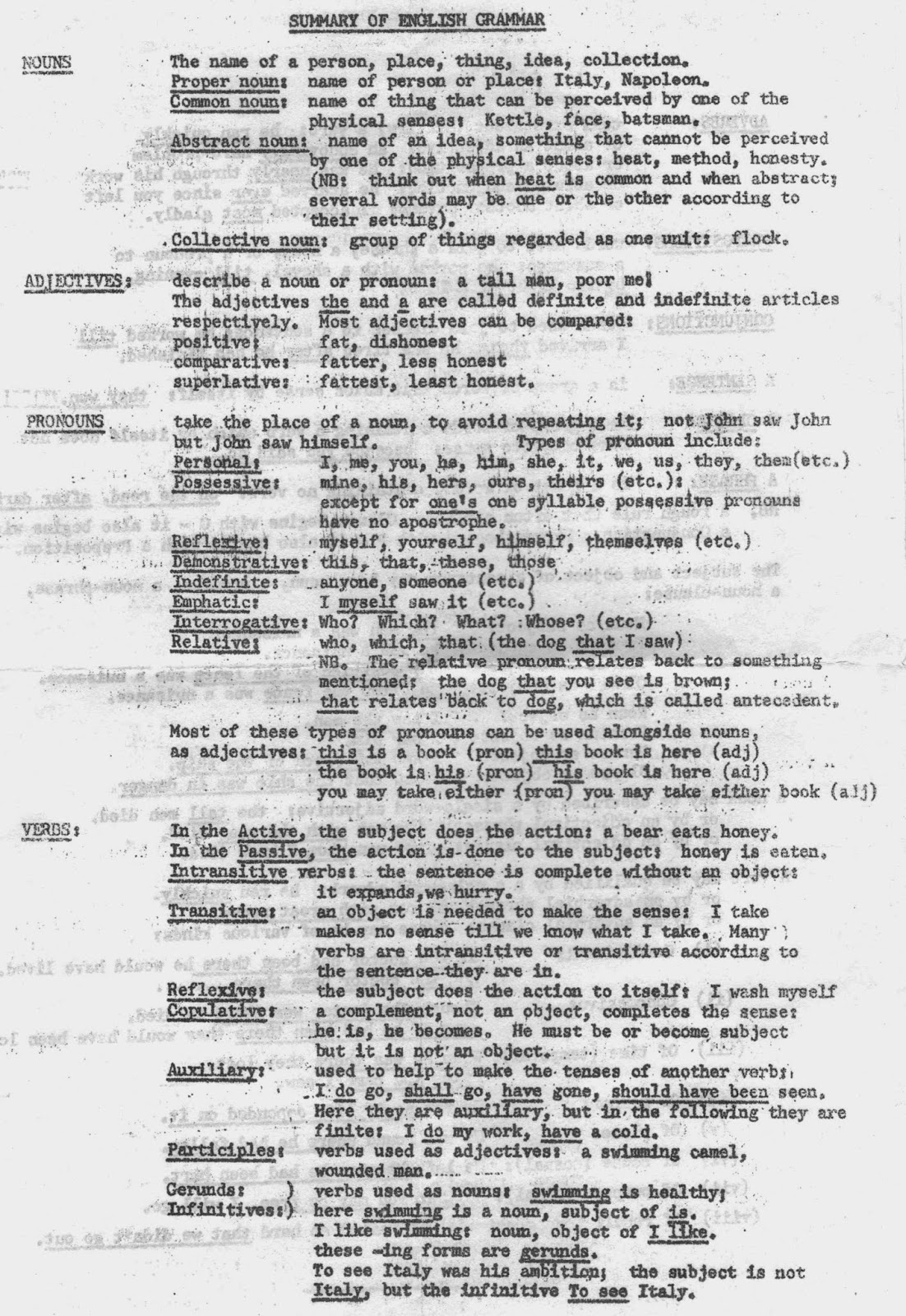 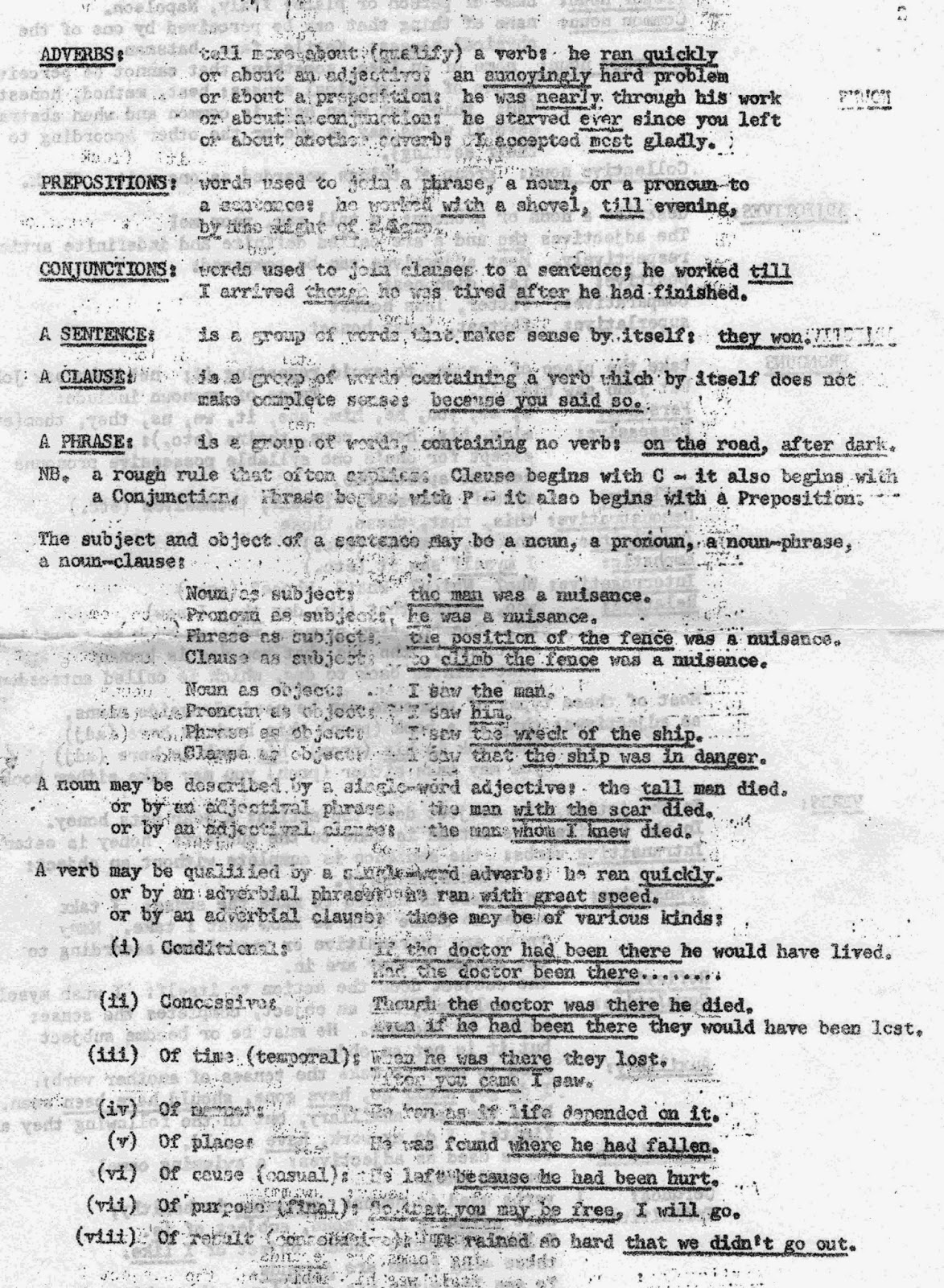