Terry's writing is sharp and breathless like the sub-zero world of this series. Even if you don't love it (and you will) you won't be able to put it down. 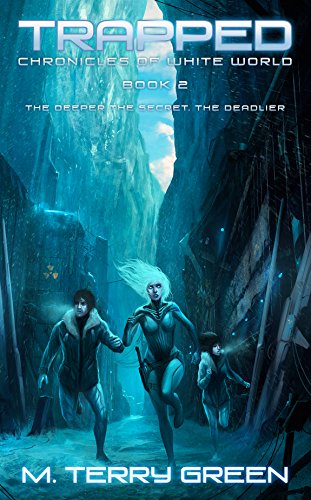 Shooting Actors (in a barrel)

Very few actors have ever been shot.

Setting aside the obvious injustice of this fact, it creates a rather complex problem for the author.You see, when most people imagine someone being shot, they imagine an actor pretending to have been shot.


In effect, in the popular imagination, getting shot looks like this. Actors show the body jerking with each impact, or being flung to the ground. Soldiers and law-enforcement officers (and increasingly, mobile-phone footage) all attest that most people show no physical signs of having been hit until they actually start to bleed, or fall down dead or unconscious. Indeed, most people stay standing until they realize they've been shot.

This makes plenty of physical and physiological sense. A .45 calibre bullet weighs about 15 grams. The average adult male weighs about 90 kilograms. That's 6000 times more. The inertia of the bullet is tiny compared with the inertia of a human body, and the body is (mostly) pretty soft. So a bullet will penetrate without causing any jerking or throwing the person backwards. Not even Dirty Harry's Auto Mag.

The problem for the author is that if you describe getting shot realistically, there are some situations where the reader will think what you have described is unrealistic, because of those damn, dirty, actors.

The below is how I would write a "police incident report" for a book. It bears very little relation to a real police report, which would be more detailed and much less interesting to read. My approach is to imagine how a fellow officer might summarize the report to the Commissioner.

As the suspect ran, he reached behind him, and continued to discharge his weapon, without looking back to aim. At this point, neither Detective Ramirez nor Officer Jones knew whether the suspect had reloaded, or whether this was a second weapon, so they could not tell how many more times the suspect might fire into the busy street. Both officers opened fire. The suspect ran around the corner of the block. When the firing stopped, they proceeded to the corner with caution. Not far beyond the corner, the suspect lay seriously injured, having been struck at least three times by bullets from the weapons of both officers.

Members of the public are always shocked by the number of times that police officers fire their weapons, but the fact is, you can't always tell whether or not you've hit someone. If there's a continuing danger to you or the public, you keep firing.

Because so many people think that: you shoot someone, he staggers and falls, if it happens in a more realistic way, they may find it hard to believe, or shocking or disturbing. It may break immersion. It may even break sympathy with your main character to discover that he's emptying his gun into an attacker rather than trying to take him down with a single, neat, shot.

So you have to balance realism with what people think happens. This sort of narrative lie is a tricky area. If you specifically want to write about the realities of life on the street, then it makes sense to assault all the popular misconceptions. If on the other hand there is only one shooting in the entire book, and the book is not about the realities of lethal firearm usage, you may have to present it the way an actor would: with a jerk, a wilhelm scream, a shudder, a stagger, he clutches his chest and falls to the floor.
Posted by Unknown at 10:45 1 comment:

We're out of alpha and gearing up for a full launch some time in the next few weeks. I'll say more when the last tumblers click.

Dense Words blog has been quiet because not only have I been working on the course for Narrative Path, but I've also been writing blog posts for the NP blog.

Once NP is live, I'll be blogging here about my usual editing activities, but much of what I write about writing will be on the NP blog.

Here is a tiny sneak preview of the final Narrative Path logo: