Authors I recommend to my Authors #1: Agatha Christie

A new occasional series for my blog. I often find myself recommending books and authors to my authors, and most usually in order to influence or inform their style or teach them something that I think is important about storytelling. This post is about the author I recommend most often. 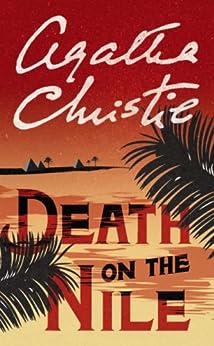 For authors, Christie's importance is not so much her enduring popularity, but her mastery of her craft. The cynic might argue that her success had a lot to do with being one of the most prolific authors in the most popular genre through the mid twentieth century's pulp fiction boom - she published new works from 1922 through to 1973. If you publish at least one novel every year for 53 years (and Christie published a lot more than that) then provided they are any good, your popularity can climb steadily.

Through her regular successes, Christie soon learned what the public wanted, even to the extent of occasionally mocking public tastes (The Big Four (1927) is a brutal mockery of the excesses of pulp crime fiction) and even mocking her own work (the recurring character Ariadne Oliver is a crime writer whose most famous character is "vegetarian Finnish detective" Sven Hjerson - Christie poking fun at herself and her "OCD Belgian detective" Hercule Poirot).

Her understanding of what the public wanted in a detective novel may well be a deciding factor in her popular success, but that isn't the reason why I tell my authors to read her. I tell my English students to read Christie too. In fact, I tell anyone who wants to use English in their professional and daily lives. Christie is as important in good English usage as Gowers.

Here's the quotation I always start with, from Death on the Nile (1937):

'The Negro orchestra broke into an ecstasy of strange discordant noises. London danced.'

Two word sentences are the holy grail of writing. But the preceding sentence deliberately makes use of jarring stress patterns that are suggestive of the music and the dance. To put these two sentences in their fuller context:

Smooth-footed, deft-handed waiters ministered to the table. Toast Melba, butter, an ice pail, all the adjuncts to a meal of quality.
The Negro orchestra broke into an ecstasy of strange discordant noises. London danced.
Hercule Poirot looked on, registering impressions in his neat orderly mind.

Three consecutive short paragraphs of which two are limited to one sentenc. Modern writers can learn an awful lot from this. The example is a little unfair since this passage from DOTN is all about setting the scene and the atmosphere, but Christie knows that she has to keep up the pace, keep control of the length of an already overlong book (DOTN is twice as long as her average 200 or so pages). That means that she has to make the language work really hard for her. And take a single sentence for paragraphs that many authors would struggle to do in five.

I particularly love that second sentence where she explicitly describes a "meal of quality" though its accessories, rather than describing the meal itself; in exactly the same way, she describes the setting (the 'modish little restaurant Chez Ma Tante') through the movements and manners of the waiters rather than through the décor or the setting.

The final paragraph of this group nails Poirot's character establishment in the seven words of that second clause, and notice that in the first clause, she doesn't say that he's sitting at a table or that he's sipping his aperitif of that he's in his usual perfect tidy (if slightly overtight) dinner suit.

I could close read this chapter (VI) for the rest of the day, but I have, I hope, done enough to make my point. Read Christie carefully, try to understand what her objective in each paragraph and each sentence is, and try to explain how she achieves the objective, and it should raise your awareness of your own technique.

Finally, I little observation: a few weeks ago I heard a program on BBC radio 4 discussing how, particularly in crime fiction, food was the new sex. I don't remember who all the examples given were, but fortunately something called the internet exists, so here's a link to the programme.

A few lines before the ones I quoted above, Christie shows that this is nothing new. The maitre d', upon discovering that Hercule Poirot is eating alone, consoles him with the sentiment:

'"Women, however charming, have this disadvantage: they distract the mind from food!"'
Posted by Unknown at 11:36

I shall also be doing a series on books my authors recommend to me!