In the theatre, regardless of where the play is performed, the action takes place in an imaginary space. At first, in workshop and rehearsal, the actors develop a shared imagination of the space, so that by the time they get to the first performance, where one character sees a living oak tree, so the actor sees it, and all the other actors on the stage also see it. Each actor might see a slightly different shade of green, but the experience works for them because they all agree that it is the same tree.

Dramaturgists describe this as "complicity". Most audiences attend the theatre in the expectation of trusting the actors enough to go along with whatever they are told to imagine. This is sometimes called "willing suspension of disbelief". I have already discussed why this is not a useful term. But whatever you call it, what is happening in the theatre is clearly some sort of effort of imagination, where the audience are guided into imagining the right thing by the actors.

But a play is not about imagining things. A play is about enjoyment, about entertainment. So there have to be characters we sympathize, there has to be a story so that we are curious, inspired, thrilled. Consequently, the actors cannot stand about on the stage describing trees to eachother, otherwise they would never get to the story itself.

The theatre has been dealing with this issue for at least two thousand years.

So noone bats an eyelid if the first mention of the old oak tree is when one character says to another:

Suddenly, to the audience, a tree that was absent a moment ago has been there all along. This is partly because of the way we experience the present through memory, and partly because of the aforementioned complicity. Shakespeare (who did everything on  TV Tropes before any of the tropes were named) lampshades this process in the prologue to Henry V.

What has been understood in the theatre since the dawn of time, and which is understood by the masters of the much younger craft of literature**, is that:

The audience can imagine far better than the actors can describe.


The author should make exactly the same assumption about his readers. One of the most predictable weaknesses of new writers is the nagging doubt that the reader isn't quite seeing the picture as the author is imagining it. This doubt leads to careful, detailed descriptions, which for interiors describe the placement of each item of furniture, where the windows are, the color of the drapes, and for exteriors use compass points, and carefully compare the heights of buildings, sometimes giving measured distances. For characters the descriptions become slavish word-portraits that try to convey the precise cut of clothing and the exact line of the nose and jaw.

My most visited article, and not for nothing, attempts to set out some guidelines on how to depict characters in a way that will make them vivid and alive for readers without detailed descriptions. I would go so far as to say that only without detailed descriptions can characters become vivid and alive. I thought  of saying something trite about the way physical description chains the reader's imagination and that liberating a character from physical description frees the reader to imagine them as a real person, but I couldn't come up with a snappy way to say it. I hope you get the general idea.

The reader can imagine far better than you can describe.


It is true that there are times when the precise layout of a room, or the precise disposition of a landscape, is needed, for some feature of the plot to function. One thinks of a whodunnit or a novelized military history. But at all other times, describe the general character of the room (the master's study in an English country house / the grand atrium of the modern head offices of an international bank) and the reader will fill in the rest. Sometimes you can do everything with just the construction materials (the building was all glass and steel / crumbling adobe / modest red-brick). Landscapes are much the same. And so are characters.

The great novelists of the last two centuries have, in most cases, a thorough understanding of this. Take almost any classic of the shelf next to you and look at the way the author sets scenes and describes people. Here's just one example that springs to mind: 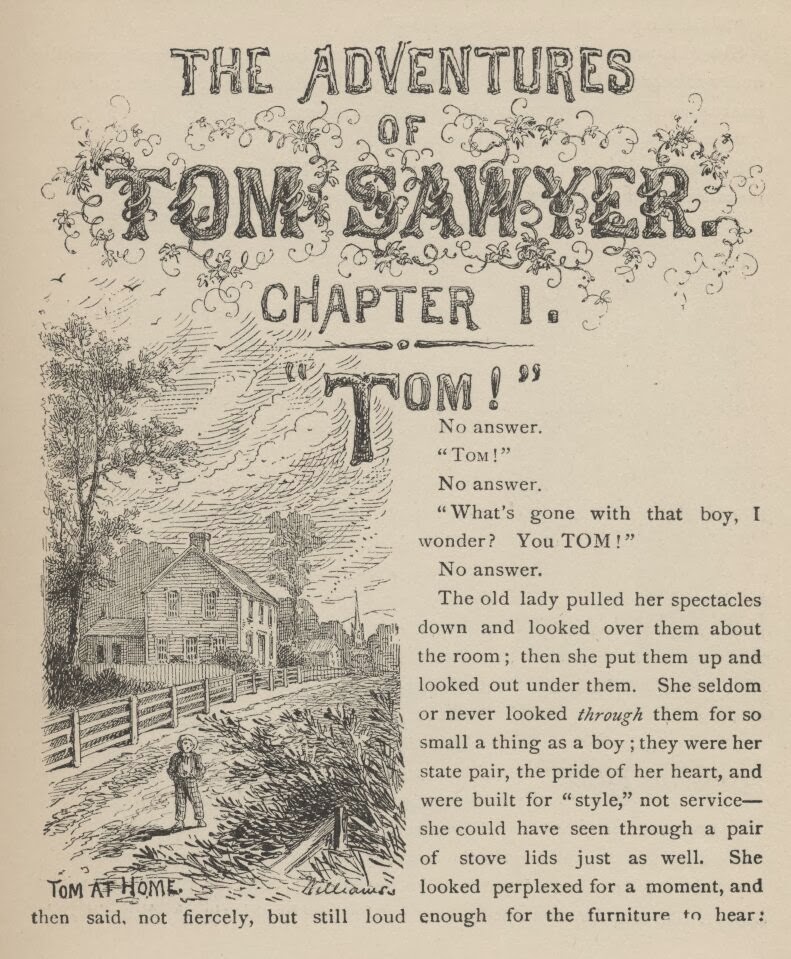 "What's gone with that boy, I wonder? You TOM!"
No answer.

The old lady pulled her spectacles down and looked over them about the room; then she put them up and looked out under them. She seldom or never looked through them for so small a thing as a boy; they were her state pair, the pride of her heart, and were built for "style," not service—she could have seen through a pair of stove-lids just as well. She looked perplexed for a moment, and then said, not fiercely, but still loud enough for the furniture to hear:

She did not finish, for by this time she was bending down and punching under the bed with the broom, and so she needed breath to punctuate the punches with. She resurrected nothing but the cat.


Who, upon reading this, does not have enough to go on to get a feel for the character of the old lady? But all MT has described visually is her spectacles (at some length). He adds (with the "punching under the bed") that she is reasonably active but no longer as young as she used to be ("she needed breath"). He doesn't need to say any more.

____
* This is also how money gets its value. But don't tell anyone or the world's economy will collapse. Again.
** According to some of those who have studied the origins of theatre, it is the oldest form of culture, pre-dating narrated storytelling. There is no realistic way of telling if this is really true.
Posted by Unknown at 13:55